A year had passed since our last Wolf Clan campout, and we decided we wanted to return to Candler's Point on Lake Hatchineha. However, due to being blessed with a number of new members, Chief Woman Red Star realized we would have around 20 people there, which would make Candler's Point a little crowded. So once again we decided on the West bank of the Kissimmee River instead. Here's a view looking down at the campsite and river. 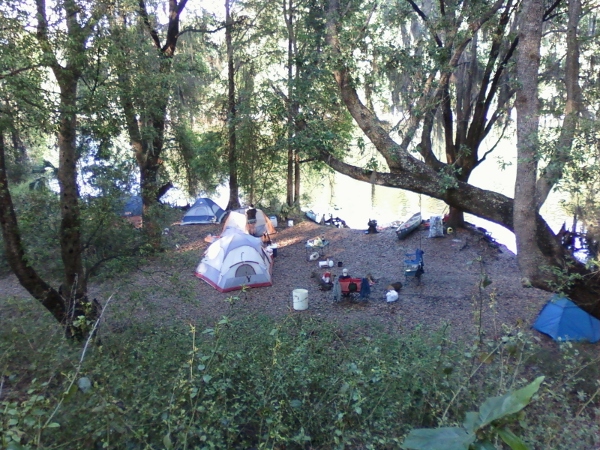 As frequently happens on Friday nite in camp, some folks stay up REALLY late. Running Fox, on Strong Bear's left in this Saturday afternoon picture, assures us he was not sleeping. 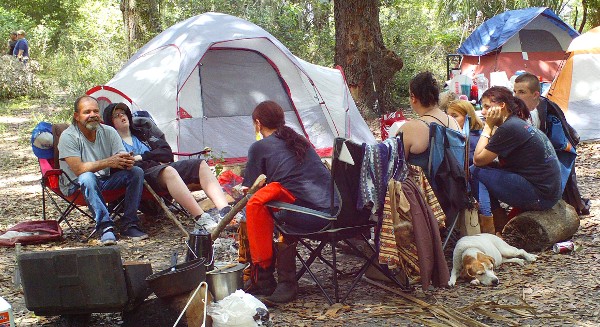 Neither was the guard dog. 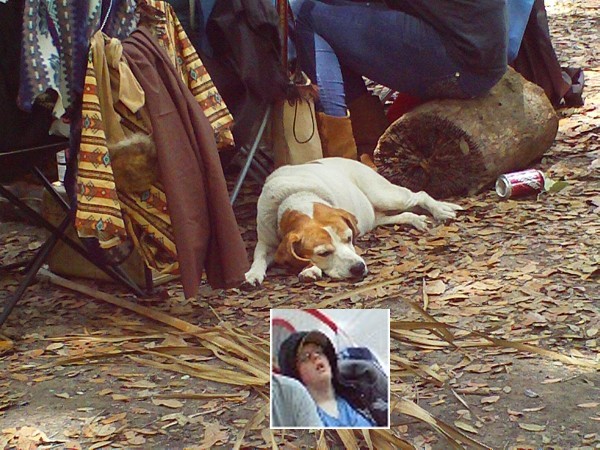 A recent storm had caused a large main limb from one of the oak trees to break, but some of the bark was still attaching the limb to the tree so it didn't fall. Knowing it would fall soon, we decided to help things along and get firewood at the same time. Our warriors, young and older, went to work on it. Here we see Bear Hawk showing us how to get the job done - delegate! 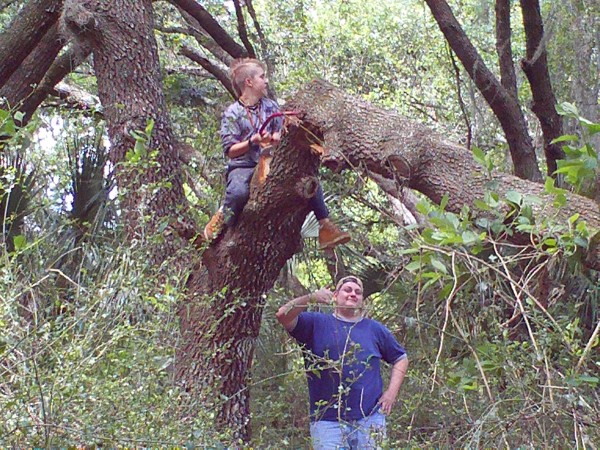 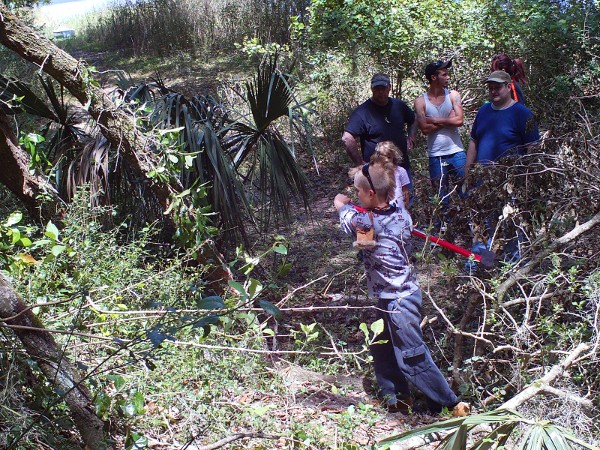 Of course, some of the warriors had to do some fishing 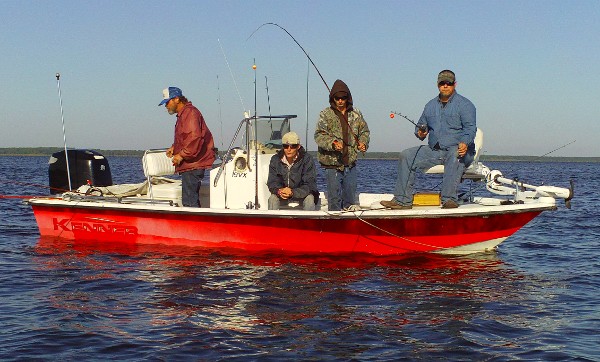 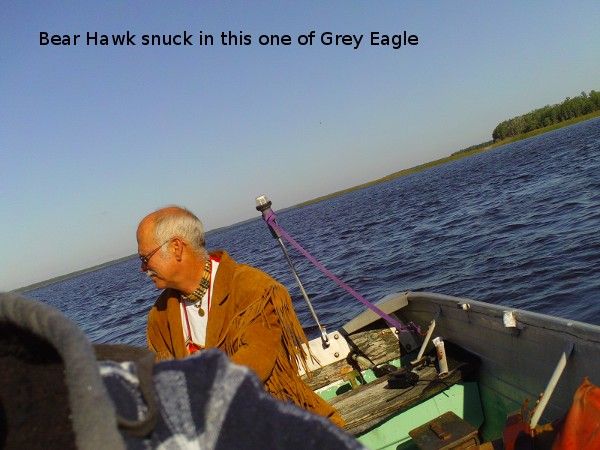 It wasn't just the warriors that went fishing though. These younguns are getting ready to fish from the river bank. 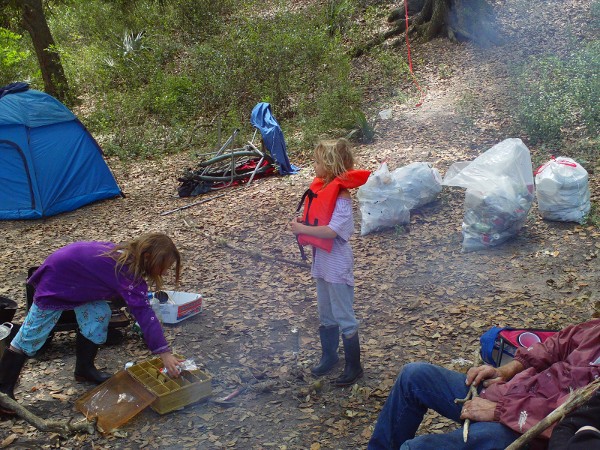 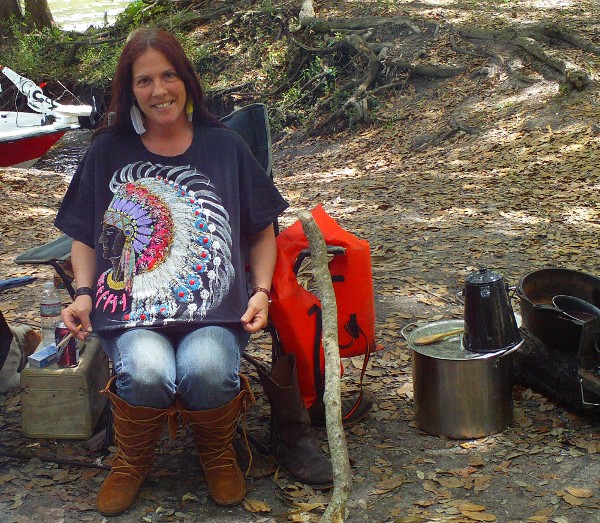 We held ceremonies Saturday night. We had limited space, and limited materials to make the circle with (for those who don't know, Central Florida has no rocks lying around naturally. The area is mostly sand. The original natives of the Kissimmee River basin were the Jororo (by the time the Seminoles arrived from Geogia, Alabama, etc., the Jororo had disappeared. The Jororo always lived on rivers or large lakes where fish and shellfish were plentiful. One of the shellfish they ate was the Apple Snail. We collected a number of the empty shells around our campsite to mark out the circle. 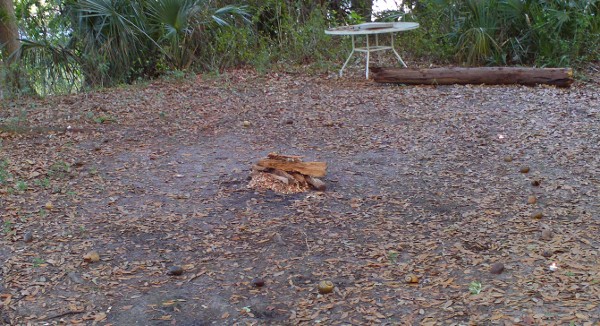 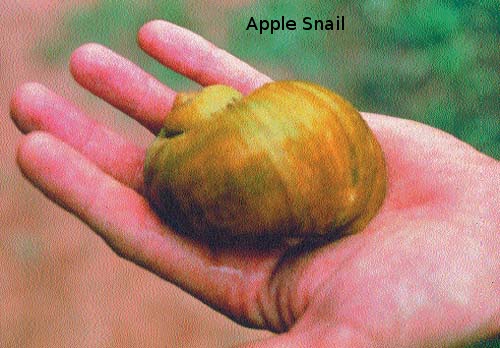 Returning to civilization was quite an operation. We used the canoes for cargo, and the other boats for people. 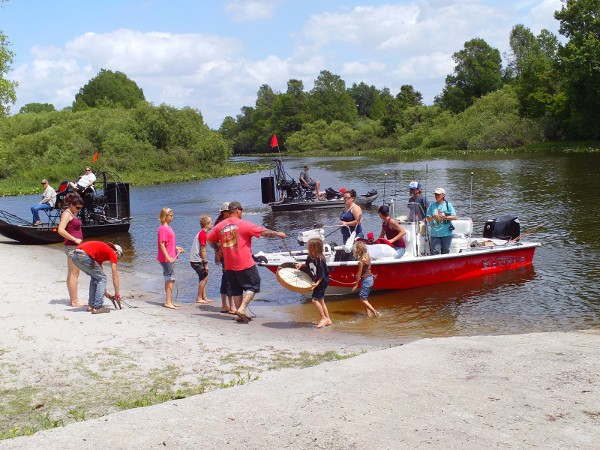 We had collected quite a bit of trash that was left behind by previous inconsiderate campers. Here Black Wolf helps dispose of some of it. 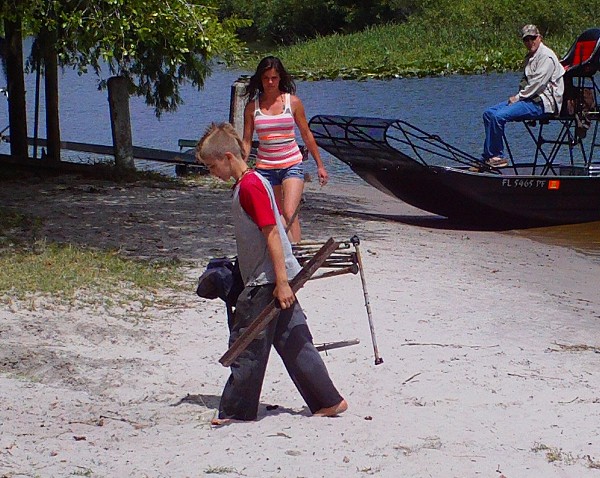 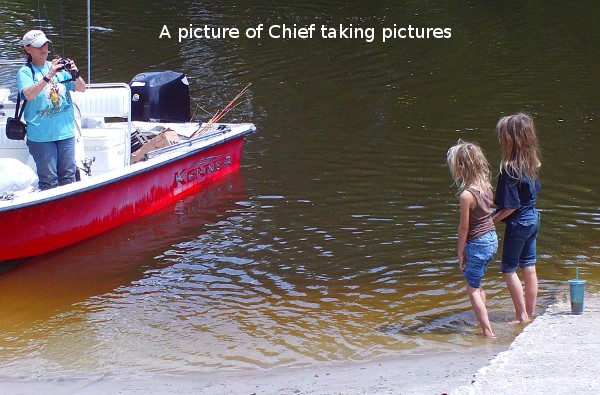 Can't wait till next time! 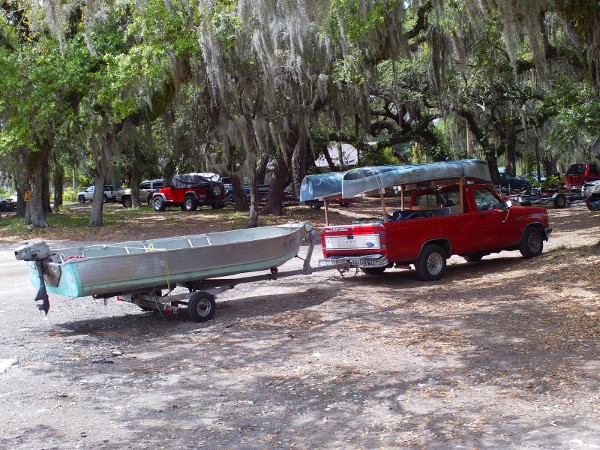 (Check back for more pictures as they become ready)